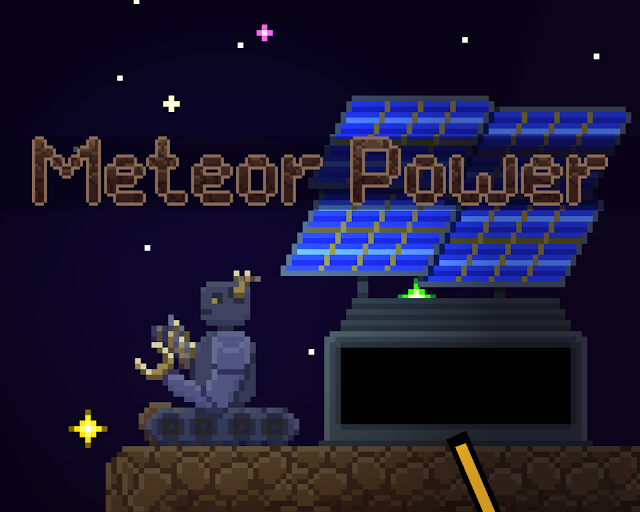 tl;dr: I made a little game for the Ludum Dare 50 game jam! Command a fleet of bots to build solar stations, connect power, and avoid meteors!

I used the frameworks that I've been working on (Scaffolder and Surfacer). So it has polished AI navigation and nice menus.

The theme: "Delay the inevitable"

Ludum Dare is a semi-annual event where people create a game over the weekend. Ludum Dare is a ranked competition, with a clever voting system that gets more eyes on your game when you in turn rate other games. There are two tracks you can participate in:

Additionally, the games all follow some central theme, which is only announced at the start of the jam.

I worked solo and created everything during the event (the Compo track). Except of course for my frameworks (which is fine, you're allowed to use pre-existing code).

What could have gone better

What reviewers are saying

(See the reviews on ldjam.com)

Ok, so these are just some of the nice things. Pretty much all the criticisms are about the same thing: not enough in-game indicators to help you understand what to do! Which is very fair, and very much something I had plans to fix if I only had just two more hours...

Some other games I liked

In case you're interested, here are my favorites from the other games that I played and reviewed.