📝🎯 Getting that game-dev job: From frontend software engineer to gameplay engineer 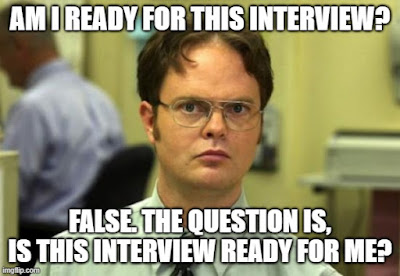 In this post I talk about my experience transitioning from frontend software engineering to get a job as a gameplay engineer.

My sabbatical is coming at end! I left my frontend (web) software engineering job at Google a year-and-a-half ago to commit myself to game-development fulltime. My main goal was to improve my game-development skills, to gain more familiarity with the ins and outs of making games, and to figure-out which aspects are most interesting to me. I was originally thinking I'd end-up going back to Google, so I was not choosing projects based on what would make me more appealing to prospective future employers! In particular, I was using the Godot game engine, which is not very popular for professional roles in the industry.

When I started this job search I wasn't sure how appealing I'd be to companies. In particular, I was very uncertain about what level I should be applying to. I was a senior-level engineer at Google. But I've never been employed as a "gameplay engineer" before. Does that mean I'm entry level? How many of my skills are transferrable?

The big question: Am I employable as a senior gameplay engineer?

What I am not

Here's my resume, in case that's interesting to you.

Starting to look for jobs

In April, I knew my sabbatical needed to end soon and that I needed to figure out where to apply next. It was at that point that I actually made the decision that I wanted to try a "real job" as a gameplay engineer, rather than just going back to frontend engineering at Google.

So I updated my job title on LinkedIn from "Frontend Engineer" to "Gameplay Engineer". Within a week I got an email from a Bungie recruiter! They apparently saw my title change, and liked the look of my Google experience.

During our initial call I got a ton of invaluable data around what to expect from the gameplay-engineer interview process.