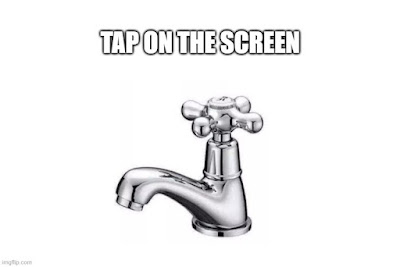 tl;dr: This post covers a couple important issues with tap-to-select and how to solve them.

Tap-to-select is a common mechanic in many games. However, it's often implemented poorly, and is hard to use for the player!

In most games, each character / item / selectable-thing has a defined collision shape. This is useful for other features like detecting collisions with the level. But we can re-use this collision shape for tap-to-select. We simply check whether the position of a given mouse/touch event intersects the collision shape.

However, there are a couple important problems with this approach: overlapping objects, and zoomed-out cameras.

When objects overlap, and a tap intersects more than one object, a naïve implementation usually just chooses whichever object was added to the level first.

But that's not ideal. For example, if object A and object B overlap, and the tap position is near the center of object B, and near the edge of object A, then the player probably intends for the tap to select object B. We want to make sure our implementation won't return object A in this case!

A good solution for this problem is to check all of the intersected objects, and only use the object whose center is closest to the tap.

Another important problem relates to camera zoom. When the camera is zoomed way out, our selectable objects become very small, and their collision shapes may be less than a few tiny pixels across. These objects will then be very difficult to tap with fat fingers on a tiny mobile-phone screen!

A good solution for this problem is to select whichever object is closest to the tap.

But we also need to make sure that the tap is still within a reasonable radius. If the player taps too far from any object, we don't want to select the closest object. So for this to work, we need to define a tap-radius for each object.

This tap radius must be defined in screen space, since a level-space radius would suffer from the original problem of getting smaller when zoomed-out.

Best of both worlds

Fortunately, we can combine both solutions, and use both level-space object shapes and screen-space tap-radii.

Here's an open-source implementation of this tap-to-select system.