How to build a platformer AI - Part 3: Calculating jump trajectories

This is part 3 of 5 in a series describing how to implement 2D-platformer AI, pathfinding, and character movement. You can see a working example of these techniques in the Surfacer framework for Godot.

So far, we've learned about how we move the character in general, and how to parse a level into its constituent surfaces. All of this is fine and all, but the really interesting magic in our platformer AI is pre-calculating jump trajectories!

The Surfacer framework uses an algorithmic approach to calculate trajectories for movement between surfaces. The algorithms used rely heavily on the classic one-dimensional equations of motion for constant acceleration. These trajectories are calculated to match the same abilities and limitations that are exhibited by the corresponding player-controlled movement—that is, Surfacer's default set of action-handlers. After the trajectory for an edge is calculated, it is translated into a simple instruction start/end sequence that should reproduce the calculated trajectory. These instructions emulate what would be triggered by a human player with controller input.

Some trade-offs of this approach

Next let's dive into into the nitty gritty for how we can calculate edge trajectories.

Additionally, when jumping from a floor, we need to determine what initial horizontal velocity to use for the edge calculation (for wall jumps, Surfacer gives all jumps a constant horizontal and vertical start velocity). This horizontal start velocity can then influence the jump/land positions.

Unfortunately, most jump/land position calculations are highly dependent on the types and spatial arrangement of the two surfaces. There are many possible combinations, and most of these combinations must be considered individually. The following diagrams illustrate the many different jump/land combinations. 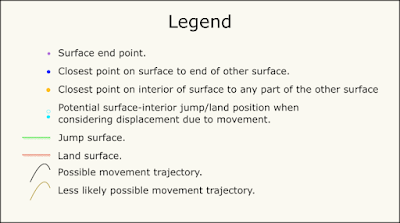 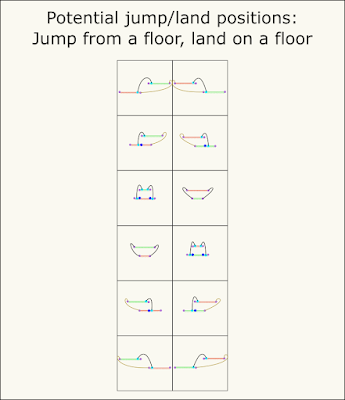 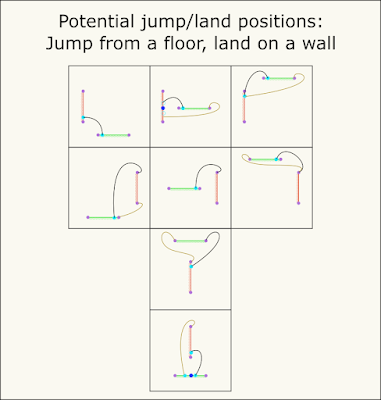 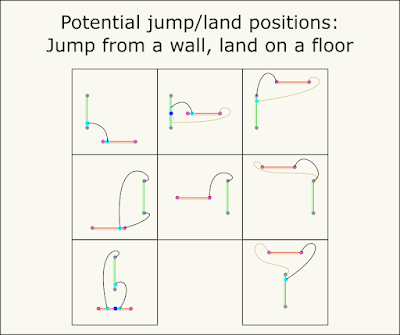 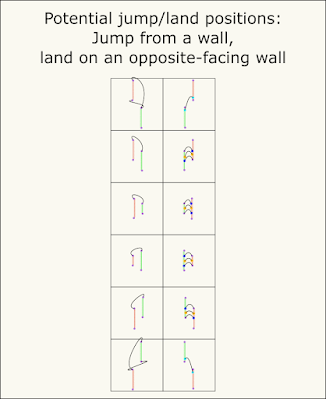 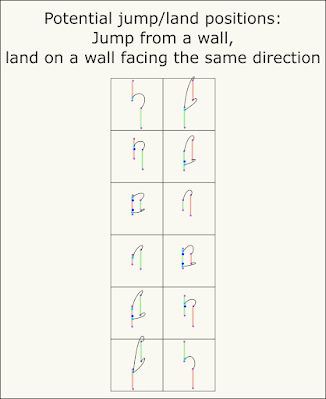 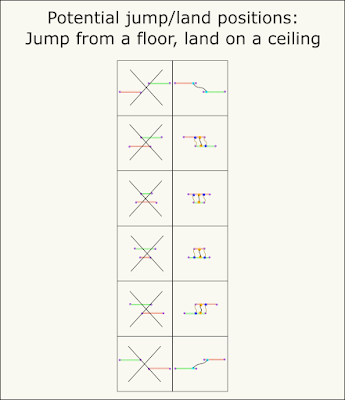 Calculating the start velocity for a jump

Calculating the horizontal steps in an edge

An illustrated example of edge calculation with backtracking 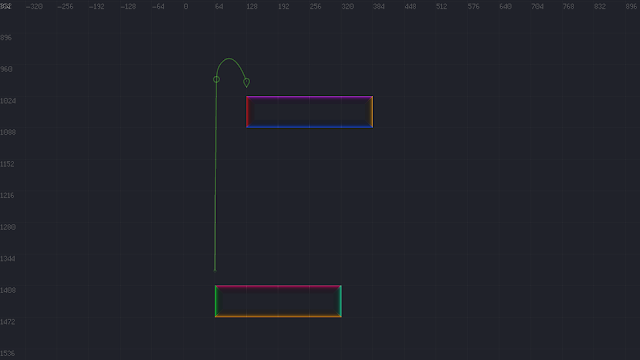 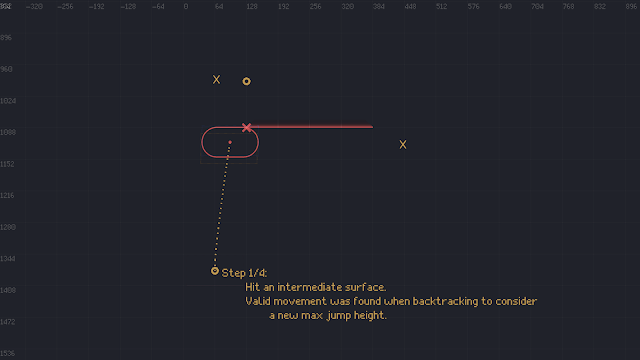 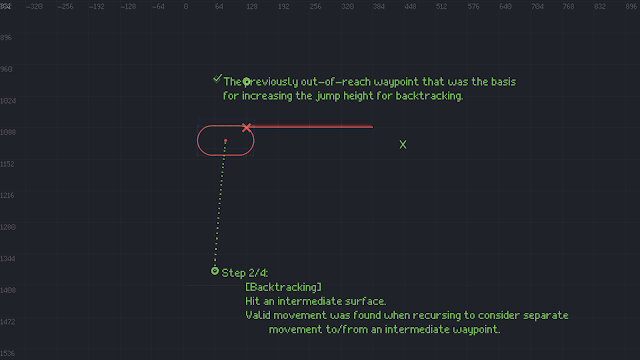 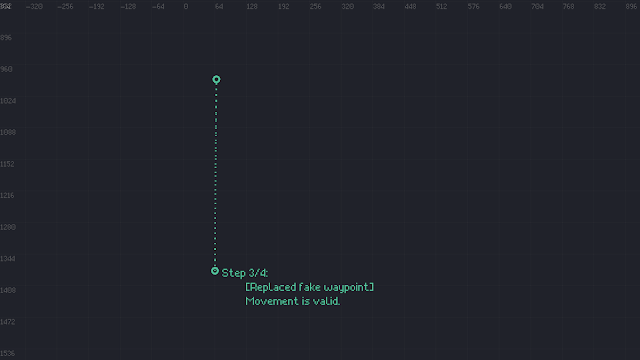 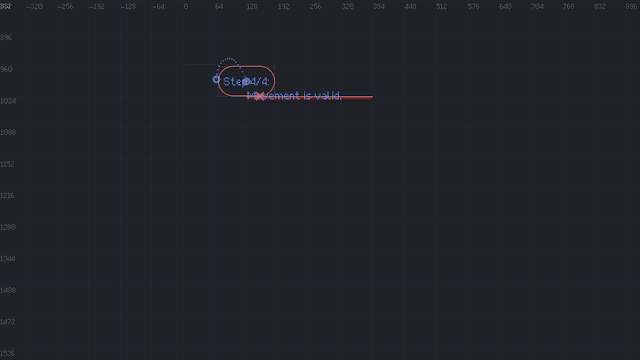 Warning: Be careful trying this at home! Godot's collision-detection engine has some rough edges.

At one point, I tried digging into Godot's collision logic in order to better understand some strange behaviors... But I quickly went back to trial-and-error analysis.

Here's a direct quote from a comment in Godot's underlying collision-calculation logic [source]:

give me back regular physics engine logic
this is madness
and most people using this function will think
what it does is simpler than using physics
this took about a week to get right..
but is it right? who knows at this point..

From a lot of poking around, I have compiled a list of some of the quirks I've seen. Some  of these limitations and rough edges include:

Next: The platform graph and navigation →

← Back to series overview